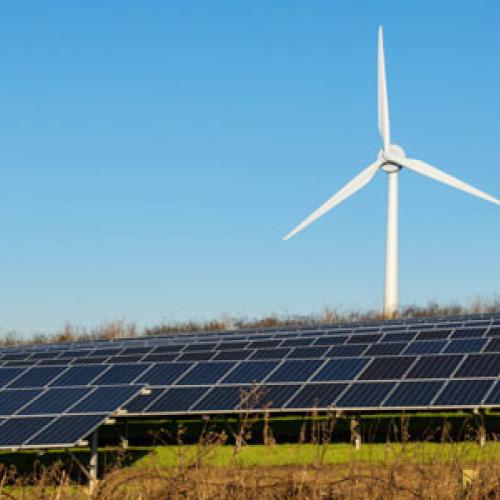 Later this year the nation’s first “integrated” wind and solar hybrid project will begin producing power outside a small city in northwest Minnesota.

Dan Juhl, the company’s founder, said it will be the first project in the country to use wind integrated solar energy (WiSE) allowing turbines and panels to share a converter, which transforms electrical direct-current voltage for use on the grid.

Each turbine is designed to allow 500 kilowatts of solar energy to be processed through the converter, he said. Typically, converters cost hundreds of thousands of dollars, Juhl said, so the savings are substantial when deploying a hybrid.