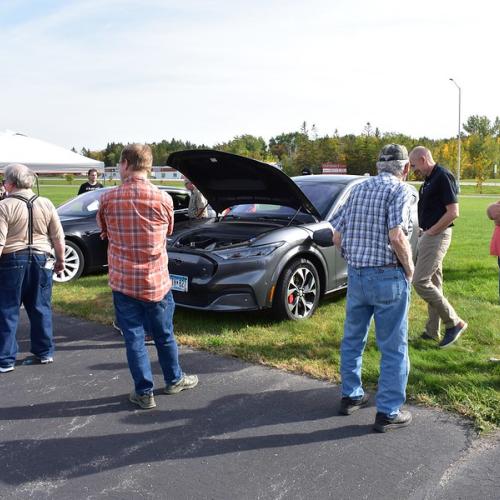 The growth of electric vehicles (EV) has been steadily increasing across the country and in Minnesota. There are currently 20,000 EVs registered in the state according to the Minnesota Department of Transportation’s Electric Vehicle Dashboard. While the Metro region has been quicker to adopt EVs and infrastructure, we are gradually seeing the transition begin in Greater Minnesota. As more EV charging stations are built (see current locations of charging stations) and a bigger variety, including larger vehicles coming to the market, we can expect further EV adoption. One of the many exciting electric vehicle announcements in 2021 was the all-electric model of the most popular truck in America, the 2022 ALL ELECTRIC Ford F-150 Lightning!

There were many exciting EV market announcements within the last year:

This event was an opportunity to have folks in Northern Minnesota experience electric vehicles and get their questions answered. There were EVs available for people to test drive or ride, information booths to learn about utility EV charging programs, and general information about driving electric in Minnesota. The first 100 attendees received a free Northern Exposure T-shirt and a $10 coupon to one of three food trucks.

In total, 150 people attended the event including Roseau Mayor, Dan Fabian. In addition to Roseau County Ford offering rides in their Mustang MACH-E, some passionate EV owners brought their vehicles to the event for attendees to drive, including a local Roseau resident who brought his electric Polaris Ranger! Residents from Roseau, Warroad, Thief River Falls, and other nearby towns came with some skepticism about EVs but were generally enthusiastic about increased public charging opportunities in their communities. After trying out an EV for themselves, attendees were impressed by the acceleration and speed of the vehicles. They also reported that they were happy they came out to learn more and experience driving an EV for themselves. 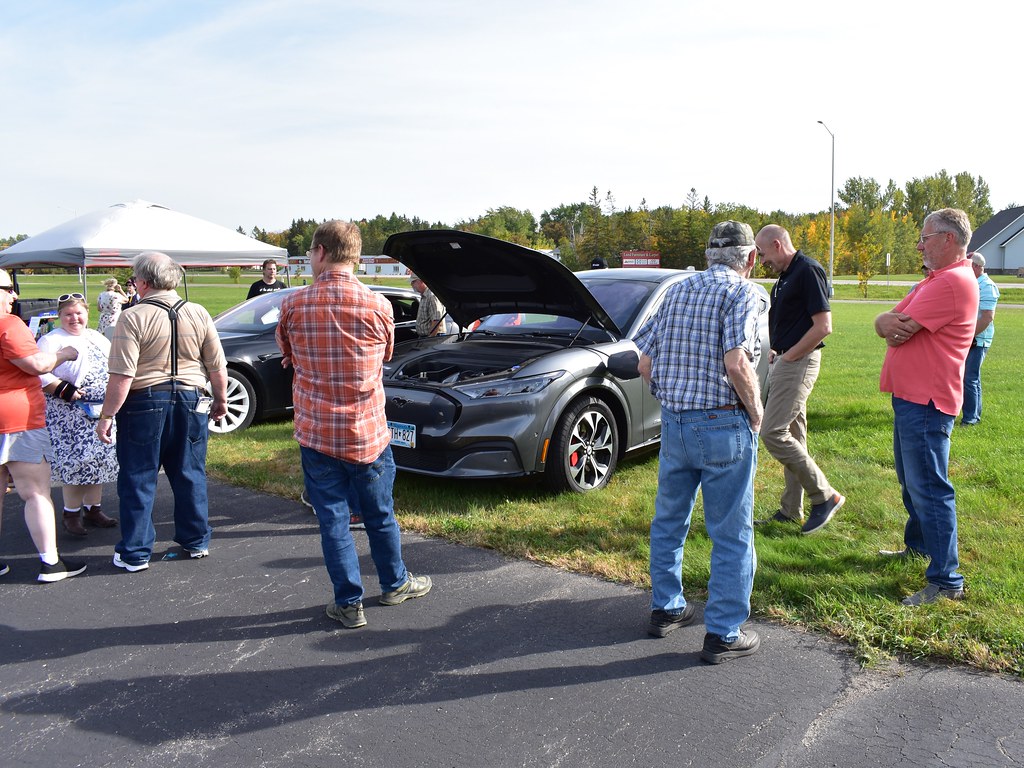