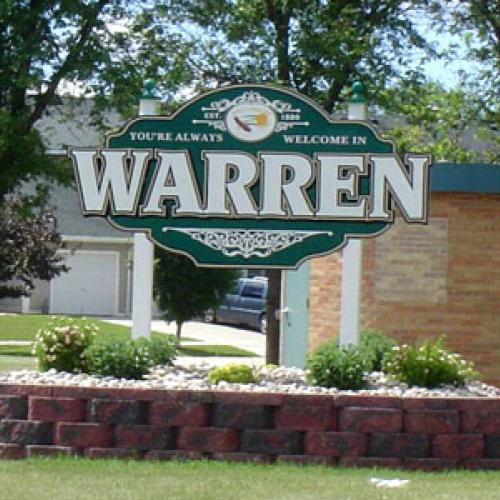 You have to hand it to Warren (pop. 1,563)—this little town in Northwest Minnesota knows how to leverage CERTs Seed Grants! Warren submitted and received two seed grants from CERTs, both focused on energy efficiency upgrades.

First, they worked to convert their old hospital and clinic building into an office space, now called the Westbridge Center. A lot of work had already been done, including insulating the roof and installing two high efficiency natural gas boilers, but they still needed to upgrade the control system. Since only part of the building was being used, they wanted to manage for heating and cooling accordingly. Similarly, since there were now no patients spending the night, they could now significantly bring the temperature down during the nighttime hours.

Second, Warren wanted to update Godel Library, the city’s library that was built in the 1970s, to be in line with more recent efficiency standards. This meant upgrading the insulation and lighting.

CERTs Seed Grants were used to help with labor costs for these fundamental energy efficiency upgrades. Although it is still too early to crunch the numbers for the Westbridge Center, the library is showing good results. “The city has seen significant savings in the energy costs associated with the Godel Memorial Library,” says Shannon Mortenson, Warren’s Coty Administrator/ Clerk-Treasurer. “We thank the CERTs program for supporting this endeavor.”

Want to learn how your community can get a CERTs Seed Grant to advance your work? Applications for the next round of grants are available and due October 26th. To get started, visit the Seed Grant page and see other awarded projects from past years.