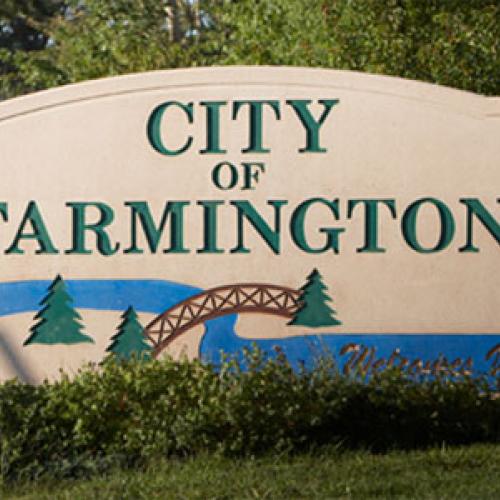 It is well documented that most energy-consuming devices in buildings can perform their intended function while using less energy—but often these energy hogs go undetected. It’s important to have some sort of check to make sure that buildings are operating efficiently. The University of Minnesota’s Center for Sustainable Building Research (CSBR) developed the B3 SB 2030 Energy Efficient Operations Manual (EEOM), which provides this type of check to the building system.

“The B3 SB 2030 Energy Efficient Operations Manual is founded on the notion that a building is operating efficiently only if each significant energy consuming device or system uses only as much energy as needed to perform its intended function,” noted Garrett Mosiman, project lead at CSBR.

Putting the manual to use in Farmington

In 2016, Great Plains Institute’s previous GreenCorps Member, Madeline Norgaard, worked with the City of Farmington to utilize the manual. We had the opportunity to interview Jeremy Pire, Farmington Parks and Facilities Supervisor, and Randy Distad, Farmington Parks and Recreation Director, about their experience using the B3 SB 2030 Energy Efficient Operations Manual.

What is your involvement with the Energy Efficient Operations Manual?

Jeremy: So far we have adjusted the hours that we run the City Hall HVAC unit.

Why did you select the City Hall HVAC system to be used in the Energy Efficient Operations Manual?

Randy: We felt this was the easiest building to start with to develop the manual given the size of the building, building schedule, and the potential for the best return.

What was the process like to negotiate schedules with the people who use the building?

Randy: We didn’t negotiate, but rather based the schedule on what we knew were the optimal building use times.

Jeremy: We just changed the schedule and thought we would deal with complaints as they arose. There has been zero feedback on the implementation of the air handler schedule, so no complaints since it was implemented this summer

Have you noticed any energy savings, either on your utility bills or through B3 Benchmarking that could possibly be attributed to the change in schedule of the air handler?

Jeremy: The change has only been in effect of a couple of months. I think we need more time to see results.

Would you consider going further into the Energy Efficient Operations Manual process and maybe looking at the mixed air temperature or other components if you haven’t already?

Jeremy: Yes, we could look further into the system to see if there is an opportunity for more savings.

Do you have any suggestions for others thinking about implementing the Energy Efficient Operations Manual in their building?

Randy: I would recommend it because we found there was energy being wasted, which resulted in likely higher cooling and heating costs over the 8+ years the building has been in use.

Jeremy: Yes, it’s definitely worth trying the program. Why would you not try and save money on operations if you can?

Want to learn more and use the manual for your local government?

Get Assistance:
If you would like to learn more information about the Energy Efficient Operations Manual or how your local government could become involved in the process you can contact Katherine Hosch at 612-767-7293 or [email protected]

More Resources:
Download a presentation about the manual from Fall 2016 and get presentations and recording of a GreenStep Cities workshop on Energy Data.