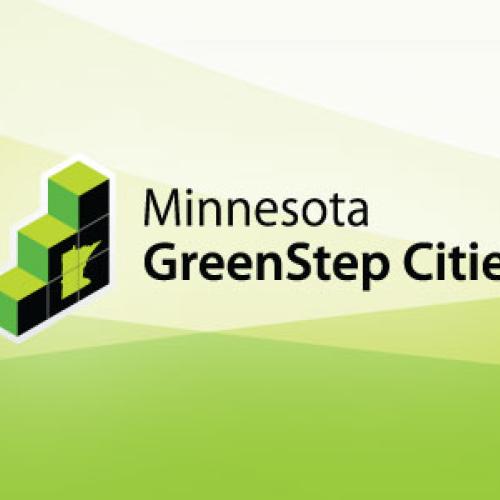 GreenStep Best Practice Advisors and others are busy following-up with the 72 GreenStep Cities or Tribal Nations that expressed interest in receiving assistance on 12 specific best practice actions. If all of these cities act on all of their interest, the program would see 262 best practice actions completed by this time next year. Wouldn’t that be exciting?! See below for what’s popular in 2018 (number shown is the number of cities stating they are likely interested in pursuing this best practice action (BPA) in 2018): 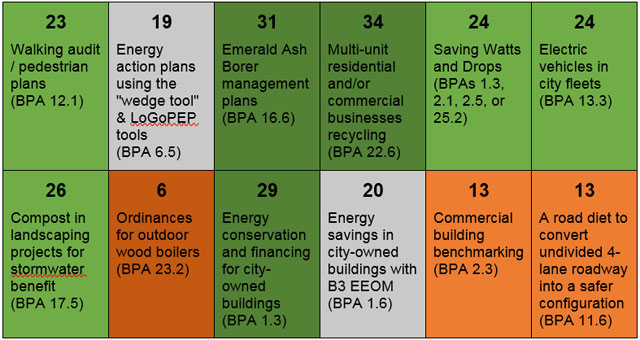 Note: To wood boilers credit, this BPA may not be applicable to most GreenStep communities. Everyone’s a winner in our book!

Overall, GreenStep Cities and Tribal Nations are satisfied with the program. Nearly 73% were satisfied or very satisfied in 2017 and satisfaction increased since 2016 by 36%.

Note: This question was improved in the survey to more accurately understand a communities’ satisfaction with the program, rather than their own outcomes within the program.

In looking back at 2017, GreenStep Cities and Tribal Nations take a lot of pride in the accomplishments they were able to achieve due to their involvement in GreenStep. The word cloud below highlights some of the activities that make communities proud (largest words were more frequently stated than others): 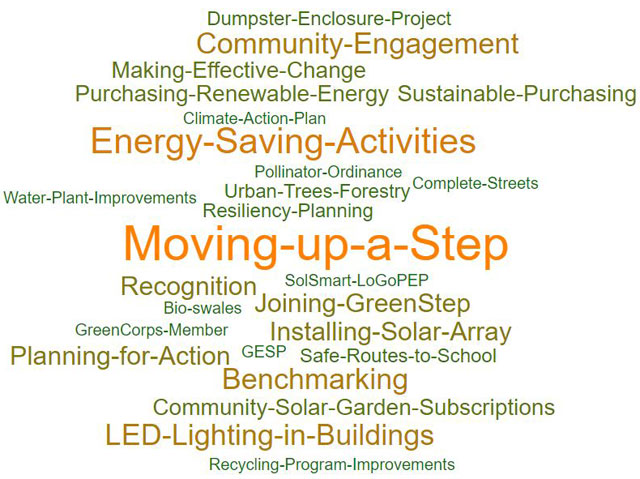