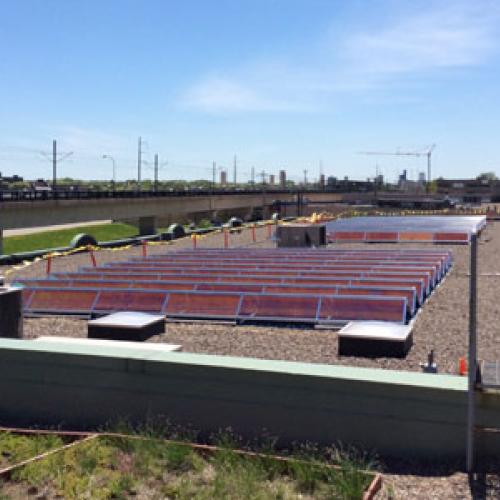 The Greenway Office Building—located a block from the intersection of Lake Street and Hiawatha in Minneapolis—epitomizes green buildings both in design and location.

What is PACE? Property-Assessed Clean Energy (PACE) is a new way to finance energy efficiency and renewable energy upgrades to the buildings of commercial property owners. Energy-saving measures pursued by the owners receive project financing and are repaid as a separate item on their property tax assessment for a set period. PACE eliminates the burden of upfront costs by providing low-cost, long-term financing.

What motivated you to apply for PACE financing? 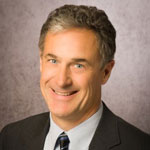 Dave Bergstrom: Originally, the ownership (Greenway Office LLC) planned to utilized the 30% tax credit to assist in paying for the solar array, but unfortunately this wasn’t possible and additional funding was required to cover the loss of the tax credits. PACE provided that necessary financing.

How was the experience of going through Saint Paul Port Authority’s PACE program?

Dave Bergstrom: Even though we were only the fourth PACE project financed by the City of Minneapolis, Pete Klein at Saint Paul Port Authority and Wellington’s finance team made the process flow smoothly. Anytime a large amount of money is funded there will be paperwork attached, but the team made this process relatively seamless.

What did the project entail and how did PACE help make it possible?

Dave Bergstrom: The Greenway Office Building installed a used 37kW solar photovoltaic system in the early 2000s utilizing a battery system. When it came time to replace the batteries a second time, ownership looked at the option to replace the existing system with a new 80kW system which would feed directly into Xcel Energy’s electrical grid and bypass the need for batteries. Not only did this remove the need for battery replacement every five years, the new panels are significantly more efficient doubling the electrical output in a footprint one-third as large as the original 37kW system.

What are you getting out of the project?

Dave Bergstrom: We wanted to upgrade our existing solar photovoltaic array, reduce the footprint of the array to reduce roofing costs in the future, avoid the cost of replacing batteries every five years, and reduce energy and the impact on the environment. We succeeded on all counts. In comparison from 2009, when Wellington first took over management of the Greenway Building, to 2015 (the first full year of operation with the new array), we’ve seen a reduction of thirty seven percent (37%) in total kwh consumption. Fifteen percent (15%) of the savings is attributable to lighting retrofit that occurred in 2009/2010 and the remaining portion to the additional solar panels.

Would you recommend this to other businesses/property owners?

Dave Bergstrom: We have done two PACE loans so far on different properties and anticipate doing more in 2017. This is a great program that avoids a large capital outlay, reduces the operating cost for our tenants and reduces the environmental impact to the planet—a win all the around.

Energy-saving measures pursued by the owners receive project financing and are repaid as a separate item on their property tax assessment for a set period. PACE eliminates the burden of upfront costs by providing low-cost, long-term financing.