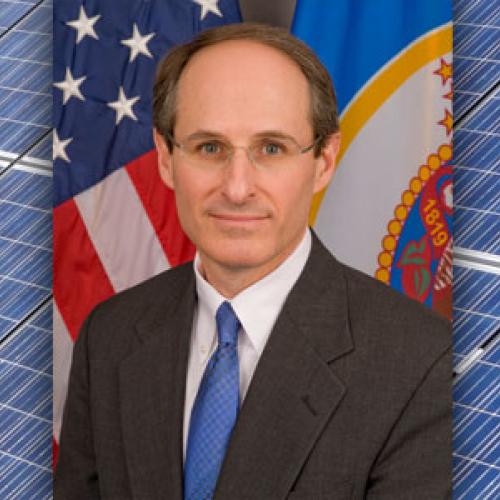 The federal Investment Tax Credit (ITC) and Production Tax Credit (PTC) were recently extended. Set to expire at the end of 2016, both will now continue to support clean energy in Minnesota for several years. We interviewed Mike Rothman, Commissioner of the Minnesota Department of Commerce, to learn more about the importance of these tax credits to Minnesota and what the extension means for the industries in our state.

Can you describe the federal ITC and PTC and how they work?

Minnesota Department of Commerce Commissioner Mike Rothman: The ITC, which became effective in 2006, is the primary federal support mechanism for deploying solar, just as the PTC is for wind (which was adopted as part of the Energy Policy Act of 1992).

The ITC allows homeowners and businesses to take a federal tax credit equal to 30% of the cost of a new solar or wind system. Businesses can also take advantage of accelerated depreciation using a five-year schedule (MACRS), even though the expected life of these systems is many years longer.

Under the PTC, companies that generate electricity from wind are eligible for a performance-based incentive of 2.3-cent per kilowatt-hour for the first 10 years of operation, now extended through the end of 2016 with a phase out through 2019. But companies can’t double dip. They must choose one or the other.

Have the tax credits been important for getting Minnesota to where we are today with wind and solar?

Commissioner Rothman: From the vantage point of the Commerce Department, we believe these tax credits have really been central pillars supporting wind and solar development in our state.

The ITC enabled solar manufacturers to produce at scale and dramatically cut the costs of modules and other components. It also encouraged a growing base of Minnesota solar installation companies to invest in training and certification while expanding their businesses and creating new jobs.

When combined with other state strategies to increase solar, 98 percent of the solar capacity in the state was deployed after the 30 percent ITC was adopted in 2006. Minnesota has 35 Megawatts (MW) of solar today, and we expect to approach 1,000 MW by the end of the decade. Most of this new capacity, from small residential to large utility-scale systems, will directly benefit from the extension of the federal ITC.

Similarly, the PTC has helped wind become price competitive with conventional electricity resources like coal and gas. Along with state policies like the Minnesota Renewable Electricity Standard, it has been a significant driver of wind power deployment in Minnesota. More than 17 percent of the electricity generated in Minnesota now comes from wind.

Commissioner Rothman: The tax credits will promote continued growth in the solar and wind industries. The extension of the ITC and PTC gives wind and solar companies a powerful economic signal they can rely on to invest in manufacturing, add jobs and supply cost-effective electricity to the grid. Thanks in good part to these federal tax incentives, the state will benefit from a substantial increase in power generated from clean, sustainable energy that, in turn, reduces our dependence on imported energy resources.

How long have the tax credits been extended?

The U.S. Department of Energy published a table showing the schedule for different technologies for businesses:

The Commerce Department has been working with many partners and stakeholders to make Minnesota a leading state for solar innovation and deployment. This is now possible, thanks in significant part to the 1.5 percent solar energy standard passed by the Minnesota Legislature in 2013 as well as new initiatives like community solar and the Made in Minnesota Solar Incentive Program. But there is no doubt that the federal tax credit extension will provide a strong boost lifting Minnesota to new levels of solar deployment. That is great news for both our economy and our environment. The George Harrison/Beatles song says it best: Here comes the sun!

Energy efficiency is also important, and reducing your energy use before adding solar energy can help you install a smaller system. You may be eligible for an up to $500 rebate for energy efficiency. Click here to learn more in a recent energy tip from the Department of Commerce.

Here are a few resources I’d like to share for those thinking of moving forward with clean energy: