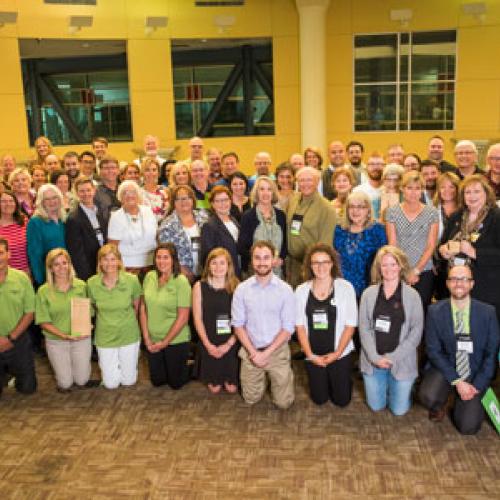 Minnesota GreenStep Cities in the spotlight for their sustainability efforts

When it comes to sustainability, it’s more likely these days that cities are working on advancing energy, water, economic, and environmental practices than not.

This sense that ‘everyone’s doing it’ with sustainability is in part due to a statewide program called Minnesota GreenStep Cities, a voluntary challenge, assistance, and recognition program designed specifically for Minnesota that now has over 100 participating cities.

“Over 40% of Minnesota residents now live in a city that participates in the GreenStep Cities program,” noted Don Reeder with the League of Minnesota Cities. “An overwhelming number of cities are actively working on actions that fall into the five best practice categories of Building and Lighting, Land Use, Transportation, Environmental Management, and Economic and Community Development.”

Each year these cities are recognized for their efforts at the League of Minnesota Cities conference, and there were lots of awards handed out this year:

See all of the photos of cities accepting their awards:

From the story: “More than 100 cities representing 40 percent of Minnesota’s population are now part of the GreenStep program, which recently added a category for cities that are finding ways to be resilient in the face of climate change.”
Read more >>