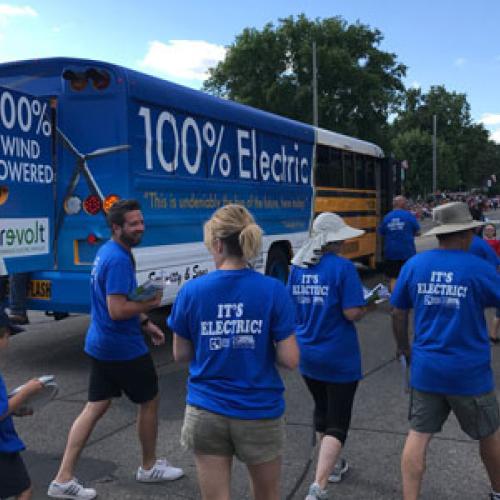 The article below is re-posted from the original at Midwest Energy News by Frank Jossi.

The electric school bus will begin transporting students in a suburban Minneapolis-St. Paul school district this fall, but for now it’s on a tour of the state, stopping at GRE member coops along the way.

Massachusetts last year launched a pilot of electric buses at four school districts, and California has a growing number serving its many districts. The Midwest partnership’s bus will be in the Lakeville Independent School District 194, which serves more than 10,800 students in Dakota and Scott counties south of the Twin Cities.

Built by Canada-based Lion Electric Co., the five-battery bus has a range of 100 miles, well above the 66-mile average school buses travel daily in the United States.

“We’re excited to bring this innovative technology to the community and pilot it, gather information and prove it can work in a cold climate,” said Jane Siebenaler, Dakota Electric’s business account executive. 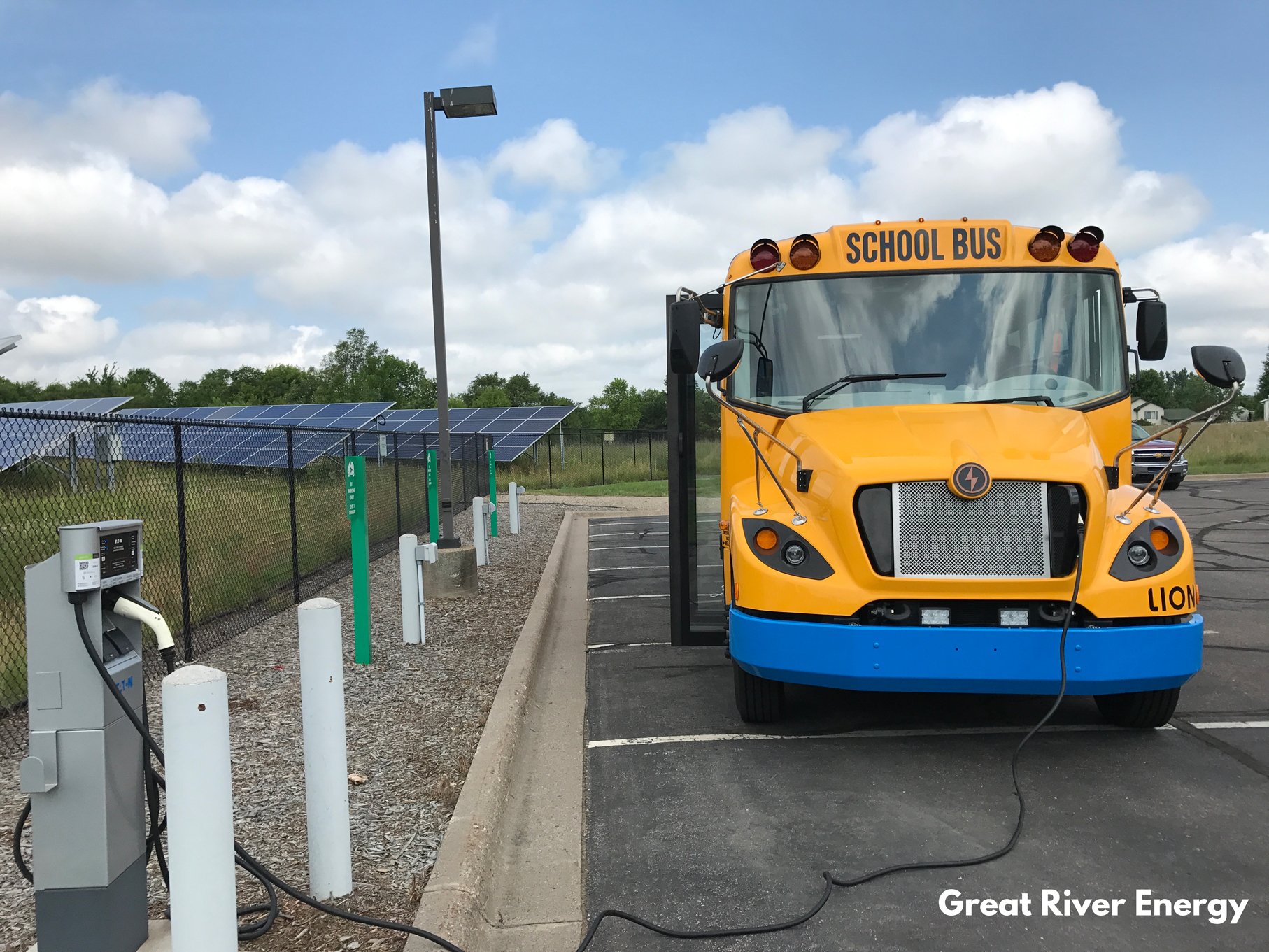 The bus costs $325,000, while a typical diesel school bus costs roughly a third of that, Ranallo said. However, operating costs are $12,000 less annually and the bus brings other associated benefits, from no carbon emissions to greater safety and comfort, he added.

“It’s hard to compare — it’s not really apples to apples,” Ranallo said. “There are so many innovations that are in this electric bus that aren’t part of a standard diesel bus — things as simple as a composite roof so there’s not sections and doesn’t leak and rust in the future. There’s a built-in trash can, better ergonomics, improved safety.”

The bus will be charged overnight at Schmitty & Sons when electric rates are lower. And since the bus company is part of Great River’s Revolt EV program, the vehicle will be fueled entirely by wind energy.

Great River Energy hopes to add two more buses at some point, Ranallo said. But first it wants to prove that the buses will work in Minnesota’s cold climate and will be able to handle the longer routes commonly found in the more rural areas of the state, he said.

Adding more electric school buses will be partly predicated on receiving money from the Volkswagen settlement agreement that will bring $47 million to Minnesota over the next decade, he said. A portion of that money could be used for electric buses. Clean energy groups throughout the Midwest — as well as several utilities — have been advocating the use of Volkswagen settlement funds for electric school buses.

“We’re really depending on Volkswagen funding,” Ranallo said. “It depends on getting that additional funding because the cost is much greater than a traditional diesel bus.”

There are VW settlement grant opportunities for school bus replacement!

CERTs is here to help your school understand your options, connect with your peers, and move forward.

Electrifying your local government's vehicle fleets can be an excellent way to save money and meet your sustainability goals. Let’s go!