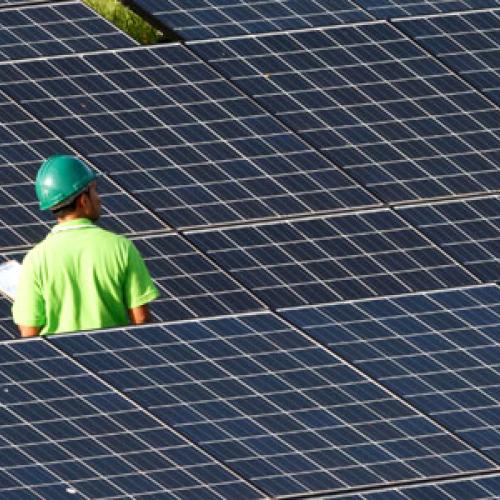 Roundup: Solar energy all over the news in Minnesota

Every week there has been news of solar installations breaking ground, getting installed, and pumping clean electricity into Minnesota’s grid. It appears we’re definitely in the midst of a solar boom! We pulled together a few of the best recent stories for your perusal. Enjoy!

Consumers have seen flat or declining energy costs as renewable energy becomes a greater part of the energy mix of Minnesota and the nation. That’s one of the findings in the annual 2017 Sustainable Energy in America Factbook, published by Bloomberg New Energy Finance in partnership with the Business Council for Sustainable Energy. Read the article >>

Nine photovoltaic solar projects in Carver County were approved during the past two years, including eight community solar gardens permitted by the Carver County Board of Commissioners and a larger utility-scale project permitted by the Minnesota Public Utilities Commission. “It’s certainly been a big part of my job,” said Steve Just, Carver County’s Land Management Department manager. Read the article >>

In Southeast Minnesota, several counties have seen big boosts in solar power over the past two years, none more so than Goodhue County, which approved four conditional use permits for utility-scale solar projects in 2016 totaling 9 MW. The county has already approved more power for 2017. Wabasha, Dodge, and Winona Counties have solar installed and more to come, too. Read the article >>

A year ago, a Mankato resident wanting to see a mammoth solar array of 5-plus megawatts would have had to drive about seven hours and 450 miles to the Grand Ridge Solar Farm south of Chicago. This summer, the drive will be a bit shorter—roughly five minutes and a couple of miles to the intersection of Industrial Road and Sakatah Drive on Mankato’s north side. Read the article >>

32 MW more of community solar gardens just came online in Xcel Energy territory in Minnesota. The projects were developed under the utility’s Solar*Rewards Community program that allows residents and businesses to subscribe to projects. At time of publishing, Xcel Energy had 57 MW of community solar gardens on its Minnesota system at 17 project sites, which was launched in 2014. Read the article >>