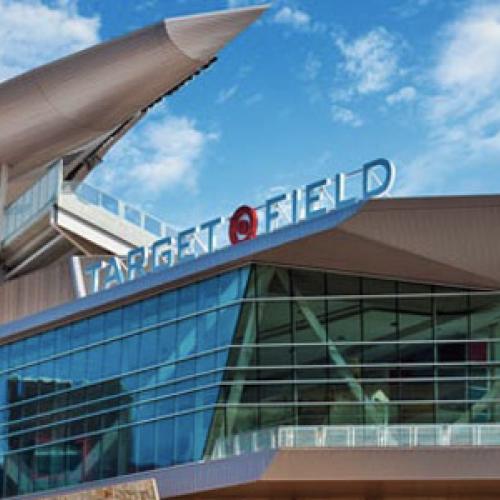 Target Field ranks No. 2 in energy efficiency in the nation among MLB stadiums

Among other strong points, Target Field is the only ballpark with Leadership in Energy and Environmental Design (LEED) certifications in both construction and operations. Upgrades made in 2011 to equipment, lighting and HVAC systems reduced electricity use by more than 12 percent. Other energy efficient features include low-flow urinals, dual-flush toilets, aerated faucets, a rain recycle system that saves water, high-efficiency lighting, and a range of energy-conservation behaviors. A slightly less obvious way that Target Field is energy efficient is its prime location. The stadium is a multi-modal, transit-oriented ballpark which is accessible by light rail, commuter rail, bus lines, bike trails, and pedestrian routes.

After being certified as a LEED Silver building for its construction when it opened in 2010, Target Field went onto become LEED Silver certified for Existing Buildings: Operations and Maintenance in December 2011.

Fun Facts from The Allliance to Save Energy: