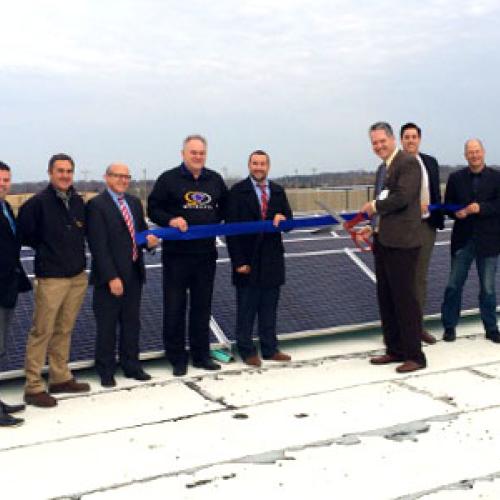 This blog is excerpted from a Finance & Commerce story by Frank Jossi.

Third-party ownership is one of the growing number of ways building owners can support solar energy and reduce their utility bills. Under the arrangement, a third-party owner earns money by selling the energy production to building owners for prices substantially less than local utilities charge them. They can do that because generous federal tax breaks provided to solar energy developers dramatically reduce the cost of the solar projects.

Many local governments are interested in third-party ownership because they have no way to finance hundreds of thousands of dollars in investment, said Peter Lindstrom, Clean Energy Resource Teams’ local government outreach coordinator.

Third-party owners have begun pitching cities at the same time city councils want to boost their green credentials. Cities “are not experts on managing large-scale solar array projects,” he said. “Policymakers are saying, ‘We need to focus on sustainability. Other cities are doing it, and we should do it.’”

CERTs, a statewide partnership promoting clean energy, recently worked with Woodbury on a plan to attract a third-party developer for a project to be placed on the grounds of a local sports facility. What emerged is a model request for proposals that other cities can use, Lindstrom said.