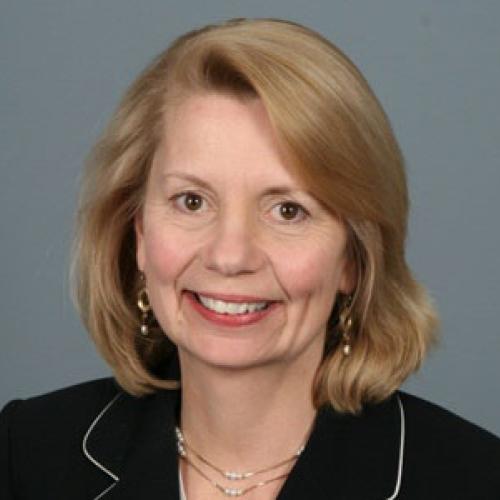 The Minnesota Women in Energy series highlights influential women who are part of our state’s energy efficiency and renewable energy industries. CERTs is highlighting these leaders during the month of March in 2017, which is Women’s History Month.

As part of the series we interviewed Ellen Anderson, Executive Director of the University of Minnesota’s Energy Transition Lab, to learn more about her work, what inspires her, and how other women can get involved in the industry. Read on to learn more!

Ellen Anderson: I am Executive Director of the Energy Transition Lab at the University of Minnesota. We collaborate with University energy experts and many external stakeholders to help enable our energy transition in Minnesota and beyond. Our current focus areas include energy storage, renewable energy, cities and carbon reduction, and equity in our energy transition.

Ellen Anderson: I developed an interest in clean energy as a college student, but then went to Law School and worked in public interest justice areas. I was elected to the Minnesota state senate in 1992 and became very involved in energy and environmental issues. The 1994 session included a contentious debate around Minnesota’s energy future and I was hooked! I worked for many years to pass Minnesota’s Renewable Energy Standard (25% by 2025) along with the Next Generation Energy Act and other state clean energy policy. I left the Senate to chair the MN Public Utilities Commission and then advised Governor Dayton and state agencies on energy and environmental issues, before coming to the U. in 2014.

Ellen Anderson: A mixture of meeting/talking with many people, whether in the wind and solar industry, to policymakers and regulators, to utilities, and University people in law, policy, engineering, and more; combined with reading, writing, and researching the latest information on energy transition.

Ellen Anderson: Best: I am never bored! I love working with an array of really smart and interesting people, and the evolution of our energy systems is fascinating and ever-changing. Worst: I constantly have to raise money for my work.

Ellen Anderson: This is most transformational and important time in the energy world in our lifetime. What inspires and motivates me is both the moral imperative to tackle climate change and evolve into a sustainable energy future – combined with the tremendous opportunity these challenges present to improve our economy, grow good jobs, become energy independent, and improve our quality of life. I fundamentally believe the transition to a low-carbon economy will make our state and nation a better place to live.

Ellen Anderson: Energy is one of those areas that has traditionally been male-dominated, so we welcome your participation and leadership. It’s the most exciting time ever to be in the energy industry, in many different settings, and because things are evolving so much you will have an opportunity to shape the future.