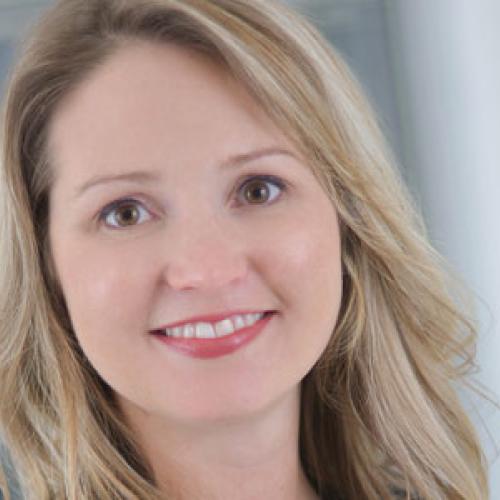 Women in Energy: Erica Forsman with US Solar Corporation

The Minnesota Women in Energy series highlights influential women who are part of our state’s energy efficiency and renewable energy industries. CERTs is highlighting these leaders during the month of March in 2018, which is Women’s History Month, culminating in a reception at the 2018 CERTs Conference in St. Cloud on March 28th.

As part of the series we interviewed Erica Forsman, Project Developer with United States Solar Corporation, to learn more about her work, what inspires her, and how other women can get involved in the industry. Read on to learn more!

Erica Forsman: I work as a Project Developer for US Solar, a developer, owner, and operator that works across the Midwest focused on community solar. As a Project Developer my job is to pull together all the necessary pieces to locate, permit, interconnect, and find energy users for community solar projects. This includes finding potential sites, getting land use permits from cities and counties, project managing the various components needed for utility approval, and signing on subscribers.

Erica Forsman: In college I became very interested in sustainability and was looking for an opportunity to make that part of my career. Shortly after I graduated I had the opportunity to join Ten K Solar, a PV system manufacturer, at the startup stage. During my eight years there I lead the US sales team and key account relationships with national solar developers and EPCs. When I was looking for my next position, moving into development was a natural transfer of my business development skills and a great challenge to learn a new aspect of the industry.

Erica Forsman: The days aren’t typical and that’s what I love about positions that focus on business development. The goal is always to get more community solar projects ready for construction, but the responsibilities vary depending on where we are in the development cycle. At the land acquisition stage, I could be sitting at someone’s kitchen table convincing them to lease or sell their land at an ideal location for development. From there I interface with engineers and outside consultants as we develop site plans and prepare for the permitting and interconnection process. During the permitting stage, I work with the local AHJs and residents to overcome obstacles and educate on the realities of community solar to receive the proper permits for construction. There are also days where signing commercial or public subscribers is my focus. No day is ever the same as the last. There is always a new challenge around the corner to keep things exciting.

Erica Forsman: The best part of my job is building relationships to solve problems. I also enjoy educating communities on solar during permitting to help breakdown some of the negative stereotypes that exist around renewables and to find a path of compromise that results in more solar deployed. Permitting can also be the most challenging because often people are afraid of the unfamiliar and the thought of a solar system down the road becomes an emotional fight.

Erica Forsman: It’s simple; I am working for a greater purpose that will benefit future generations. When a work day is particularly challenging, just reminding myself about why this work matters gets me motivated to keep going.

Erica Forsman: The renewable industry has evolved rapidly since I started almost a decade ago and it is not expected to slow down. If you think you are interested in working in renewables, now is the time. There are more and more women working in all aspects of the industry from finance to development, engineering and construction. These women are incredibly willing to support other women in the field, so get out there and network. You can learn so much from an in-person meeting to really open your eyes to the number of roles that exist in renewables. Although the industry has grown rapidly, it’s still small enough that making a few initial contacts can get you connected just about anywhere you hope to go.

Join us in celebrating Erica and other leaders at the 2018 CERTs Conference!