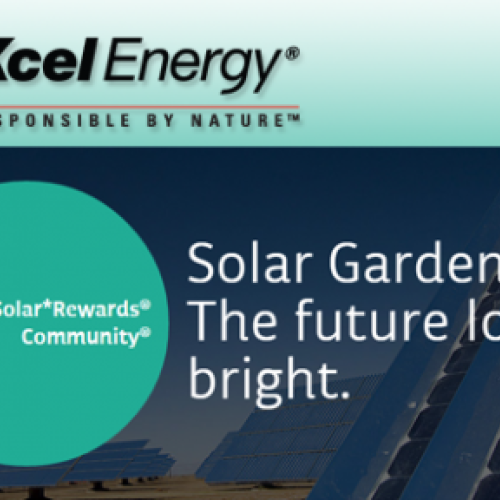 This post was originally published in Midwest Energy News by Frank Jossi.

One year after Xcel Energy’s community solar program was launched in Minnesota, only one project—out of more than 1,500 proposed—has been built.

But the utility, as well as solar backers in the state, expect the pace to pick up significantly in the coming year.

Once those agreements are signed, developers move on to the design and construction phase, he said.

Developers who have not returned interconnection agreements sent to them by Xcel are still likely looking at interconnection costs, financing, permitting and other issues that have to be resolved before moving forward, Gabler said.

Xcel Energy believes Minnesota’s community solar garden program will approve projects totaling “north of 250 megawatts” by the end of next year. “I view that (250 MW) as my floor,” he said.

GTM Research, meanwhile, predicts 81 MW of that capacity will be built by the end of next year.

Observers and industry sources are applauding the progress.

“We’re happy to see that Xcel is processing these applications, that’s all good news for us,” said David Shaffer of Minnesota Solar Energy Industries Association.

The community solar program has attracted an extraordinary amount of interest from developers. On the first day the program began last December, 420 applications were submitted.

Since then, 550 applications have been withdrawn but more than 1,500 remain in the queue in various stages of the process.

Xcel’s most recent monthly report to the state Public Utilities Commission shows 37 percent of applications were deemed “incomplete,” a significant drop from November. You can also see the applications in a map here.

Many delays are caused by solar developers not submitting all the necessary documentation or required follow-up information, Gabler said. In order to help developers the utility has begun a series of training sessions, he noted.

Xcel is processing applications as fast as possible because of the looming issue of the federal investment tax credit, Gabler said. The 30 percent tax credit drops to 10 percent in 2017 unless Congress votes to extend it.

To be eligible for the tax credit a solar project has to be connected to the grid and producing power. With that in mind, Xcel is trying to provide more clarity to developers on the status of each project.

“The last thing I want is to have developers investing money in projects that may never go forward,” he said.

The challenge for developers

An approval from Xcel does not necessarily mean the community solar garden will be built. Shaffer suggests projects often take 10 months after receiving approval to get everything in place, and in the ground.

“In February you’ll know how many community solar gardens we’ll have,” he predicted. If the tax credit were to be extended, the timing issue would go away, Shaffer added.

“We’re cautiously optimistic but there are a lot of questions that have to be answered,” he said.

Procurement of materials can slow projects, as well as interconnection backlogs at certain popular sites on the grid, he said. Financing can also be an issue, especially in a community solar project that requires at least five subscribers.

Investors may have certain progress dates and subscription targets developers have to meet to receive financing.

“Most developers have to be close to fully subscribed before proceeding with construction,” he said.