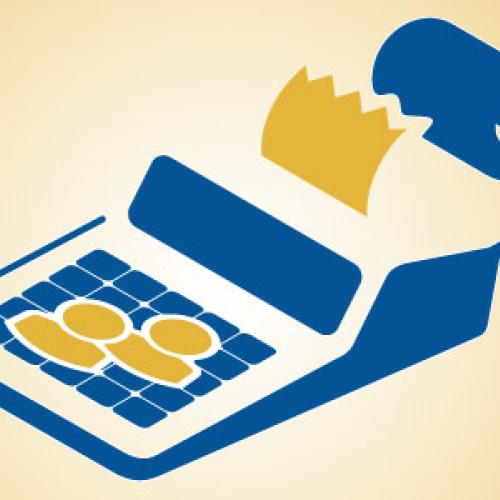 How will a community solar subscription impact your electricity bill?

Since the passage of Minnesota’s 2013 solar legislation there has been a lot of interest in Community Solar Gardens (CSGs), especially in Xcel Energy’s service territory.

Who are the developers now working to build community solar gardens? In short, they are independent businesses organized to seek subscribers, raise funding, find acceptable sites, and organize the construction of solar photo-voltaic (PV) gardens up to 1 megawatt in capacity. These developers allow numerous power consumers to participate in solar energy without the hassles of installation, maintenance, and interconnection while capturing economies of scale in solar PV installations.

CSGs Developers and Xcel Energy have a symbiotic business relationship. CSGs invest in variable renewable energy assets in response to consumer demand, while Xcel provides transmission and distribution services, backup power for renewables, and management of the variable sources of renewables and baseload power. Both CSG Developers and Xcel are charged with production and distribution of safe, reliable power by the Minnesota Public Utilities Commission. Xcel needs the Renewable Energy Certificates generated by the CSGs in order to comply with Minnesota statutes and regulations.

Among the subscription models available for solar gardens, the option attracting substantial interest is the “pay as you go” subscription. These plans start with a defined initial subscription power price and a defined method to escalate that power price over time, usually 25 years.

How the pay-as-you-go model works.

The question for many potential solar subscribers then becomes, “Will I end up paying less for my energy over 25 years?” The answer is: it depends. Read on to understand why it depends and how to determine when you will or won’t save money.

Considerations for Subscribers in CSGs

Here are some things that households or businesses should consider when evaluating whether or not to subscribe in a community solar garden:

Subscribing for service that includes investment by a business legally bound to build, maintain, and operate a power generating installation with PV capacity dedicated to your subscribed needs is a new concept for consumers. As homeowners, we typically buy homes as well as an assortment of appliances, fans, air conditioners, lights, water heaters, etc. All of these things use electricity, which we purchase at the regulated price charged by the utility today and into the future.

The concept shift with a subscription in a CSG is that one is reserving capacity in a solar installation to provide clean, renewable electricity to meet a portion of a customer’s needs. In doing so, one is locking in the cost of energy, with a prescribed pattern of price increases, for the next 25 years. This concept is akin to buying a car and being able to lock in an initial price and a pattern of price increases of gasoline for the expected 15 year life of a new car. As consumers, we don’t have much experience with pricing decisions over a long period of time, with the exception of interest rates charged on mortgages, including those with variable rates.

In more simple terms this means that if you pay 11 cents/kilowatt hour today, a solar garden subscription might allow you to lock in the same initial price (11 cents/kilowatt hour) with a known pattern of price increases. For this example let’s assume you could lock in a rate of increase of 2.5% per year. This would mean that 25 years from now you would pay 19.9 cents/kilowatt hour. If you had not subscribed to a garden, you wouldn’t know what your price would be in 25 years. It could be more than 19.9 cents, or it could be less.

Are you comfortable committing to a known pattern of electrical prices?

A review of Minnesota historical electricity prices and the rates of change may be helpful in this discussion. Figure 1 shows Minnesota electrical prices for the years 1990 through 2014 for residential, commercial and industrial classes, a 24 year period. The rates of price escalation were 2.4%, 2.0%, and 2.2% on an annualized basis for residential, commercial, and industrial classes, respectively. One should note the steeper escalation in prices that occurred since 2001 for regulated prices as the U.S. economy reacted to fears of energy price uncertainly following the 9/11 attacks as well as considerations and mounting costs of emissions control for electrical power generation. Costs of emissions control have come to the forefront in recent years in response to more stringent emissions standards and the costs to curb emissions for an ageing fleet of coal-fired baseload power plants in the U.S. Costs of local emissions controls and concerns for future costs for control of Greenhouse Gases (GHG) have stimulated movement to other sources of power generation like natural gas, wind, and solar.

Figure 2 shows Minnesota electrical prices of the period from 2001 through 2014 and shows how Applicable Retail Rates have risen on average by 3.7%, 3.7% and 3.8% per year for residential, commercial, industrial customers, respectively. So, if you could have locked in a rate of increase or escalation rate of something less than 3.7% back in 2001, you would be spending less for your electricity today.

While we are unlikely to know with certainty how electricity rates will change over the next 25 years, we can use a decision tool to help us understand the financial impacts of a CSG subscription in future years. You can use the tool online to test scenarios, or download the tool and save your work if you have Excel on your computer.

By entering just six numerical assumptions into the Excel workbook, numerous calculations will be easily performed and a graph will be generated to help you make a more informed decision. With your assumptions, you can test your potential savings of a solar garden subscription, depending upon the rate of escalation that actually occurs over the next 25 years. You can use and download the free tool, in order to test how your subscription might work out for you at the following link:

Click here to use the tool, and keep reading to learn more.

Below is Figure 3, which was generated by the decision tool. It shows how electrical rates would change over time for the case of a subscriber reserving 800 kWh per month, starting at an Applicable Retail Rate (ARR) of $.127 per kWh and a $.02 per kWh REC. The graph compares billing rates for CSGs with a 2.75% escalation, average Minnesota annualized electric price rate of change from 2001-2014 of 3.7%, and a 3.25% tested potential utility escalation rate. The amount of customer savings due to subscription in a CSG is represented by the gap between the green line, testing the possible 3.25% utility rate and the red line, showing the schedule of offered prices by the CSG with the 2.75% escalation.

Clearly, the prices to be paid by customers and the potential savings become greater in the more distant years. If you test a future price escalation scenario that causes the green line to track below the red line, representing the escalation rate offered by the CSG, then you are modeling conditions that would result in a disadvantage of subscription in a CSG.

Some conclusions from testing the CSG financial impact tool

Your financial advantage or disadvantage is determined by the difference between the rate of escalation offered in your CSG subscription and the utility rate escalation that ultimately results for your customer class, whether residential, commercial, or industrial.

Again, you can click here to crunch numbers for your subscription and test out future scenarios. We also provide a comparison decision tool for community solar garden subscriptions that allows you to look at several proposals side-by-side. This is for people who have more than one offer sitting in front of them, and may be particularly useful for local governments, schools, businesses, and other institutions.

About the author: Doug Tiffany is a Research Fellow in Applied Economics at the University of Minnesota. He worked with the Clean Energy Resource Teams (CERTs) to create this community solar decision-making tool. In the past he has also helped people make financial decisions about hybrid vehicles.