Soliciting bids for solar? See what worked for Woodbury.

A bid for solar

The City of Woodbury solicited bids for two solar installations to be hosted on top of buildings still in the final engineering and pre-construction phases.

Image: Rendering of Woodbury Tower Drive projects. Courtesy of City of Woodbury and included in the Solar Possible RFP.

The Tower drive request featured a significant renovation to the existing public works building and a soon to-be-built solar-ready rooftop across the street at the Fleet Services building. These sites introduced a couple of unforeseen issues:

Currently, Woodbury has allocated 20% of the community solar garden subscription to another meter. Woodbury may still be able to host solar at the Public Works building pending more observed electricity consumption data.

Lesson learned: Requesting a bid for a to-be-built or to-be-renovated building is not inherently problematic, but it is more difficult. This solicitation could have been improved with specific, individual electricity models. Vendors did not know how large to bid the projects. The vendors were concerned about submitting a bid that would eventually be rejected by Xcel Energy over a breach of net metering regulations. In this case, the bid could have been improved with either a 12 months of observed electricity consumption (post building commissioning) or a specific electricity model for each building. 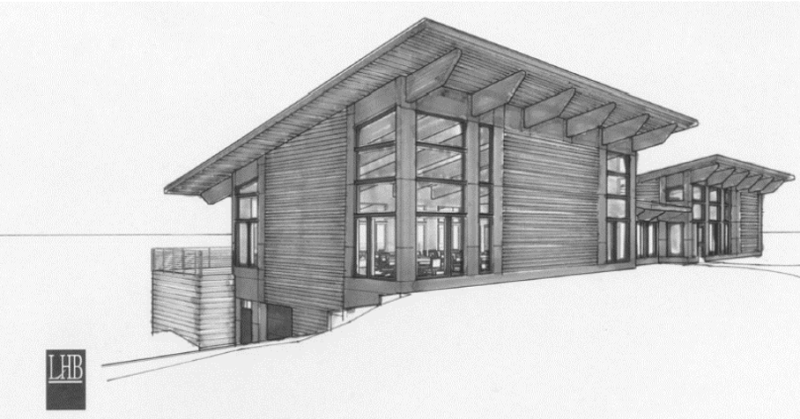 Photo: Rendering of the Objiway Parks building, courtesy of City of Woodbury and included in the Solar Possible RFP.

The second site submitted by City of Woodbury was the Ojibway Parks building. This park building is to serve as a community gathering place and warming house for winter sports in the surrounding park. The two key issues are enumerated:

Lessons learned: With this yet-to-be-built building, an energy model could have improved the accuracy of any bids. Secondly, the team should have requested a structural assessment earlier on. The building’s engineering team should have been consulted before participation in the Solar Possible program.

It is common for the structural engineering assessment to be conducted as a part of the “post contract award services.” This is a common practice when contracting solar for existing buildings.

In retrospect, we now recommend that pre-construction facilities:

Looking to power your city with solar?

Get support from CERTs Laying the foundation for solar with Re-Energize Maplewood